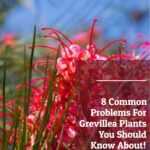 Grevillea is an astounding genus of beautiful and versatile plants native to Australia. These plants range from evergreen shrubs to trees with delicate foliage and magnificent, showy flowers. However, despite their diversity and hardy nature, Grevillea is prone to several common problems.

With various forms, growth habits, and colorful blooms, Grevilleas offer something unique, perfect for virtually any garden. Although popular plants, Grevilleas have several common pests and problems, making them difficult to maintain for lengthy times. Here’s the list of what to keep an eye out for when growing Grevilleas.

These Australian showstoppers are well-known garden additions thanks to their quick blooms and low maintenance, aside from pruning. They also generally don’t have significant problems with pests and diseases. However, a few problems can occur if you do not provide an appropriate environment for them, including fungal infections, root rot, fertilizer burns, and scale.

Let’s look into each potential problem to be aware of when caring for Grevillea plants.

You’ll generally find that Cercospora initially attacks the inner leaves of the Grevillea plant, later moving to the tips of the branches.

In addition, symptoms of Cercospora leaf spot initially appear as individual, light brown circular spots that progress into yellow to brown, necrotic foliage. The blighted leaves later drop and fall to the ground.

Fungicides are available to treat Cercospora, however, organic fungal treatments like ones used to treat powdery mildew in other plants can often work to treat Cerospora as well and will be a better option for the environment to try first.

Like Cercospora, Phyllosticta is a fungal disease that needs two factors to flourish, moisture and poor air circulation.

Phyllosticta causes circular or irregular-shaped leaf spots with brown or reddish borders. The sites can be small or sizeably covering a large portion of the leaf.

Initial symptoms of Phyllosticta include tiny water-soaked lesions on the Grevilleas leaves. The lesions become more apparent as the infection progresses, displaying a ring-like pattern carrying minuscule, black fungal fruiting bodies in older Phyllosticta spots. In addition, some sites tend to leave holes in the foliage when they drop out.

Other symptoms of Phyllosticta fungal infections include premature yellowing foliage.

Treatments for Phyllosticta spots include watering the Grevillea’s soil without touching the foliage. An alternative cure is to spray a mild solution of bicarbonate of soda (Baking Soda), using 1/2 teaspoon per gallon of water. 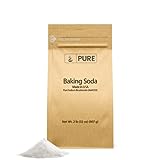 Cinnamon fungus, or Phytopthera cinnamomi, is another fungal disease that can kill your Grevillea. Cinnamon fungus is a microscopic, soil-borne disease that destroys root systems, causing Grevillea and other infected plants to die because of the inability to absorb nutrients and water.

Grevillea’s growing in soggy conditions for extended periods are particularly susceptible to Cinnamon fungus. Common symptoms include orange or reddish-brown streaks under the plant’s bark and wilting foliage that turn yellow, red, or purplish.

Young Grevillea plants are most susceptible to dying as a result of their small root systems.

Prevent Cinnamon fungus attacks by providing Grevillea with good drainage and preventing soggy soil. In addition, try to avoid watering the trunk and foliage of Grevillea.

Honey fungus or Armillaria root rot is a disease that occurs in soil with poor drainage. Armillaria symptoms start slowly, and because it affects the plant’s roots first, it can be challenging to identify at an early stage. Unfortunately, Armillaria can persist for several years before any above-ground symptoms emerge.

Once Armillaria starts to progress, it is challenging to arrest its effects. Symptoms of Armillaria include limb dieback, wilted, limp, and yellowing foliage. In addition, keep an eye out for creamy white fungal mats growing between the Grevillea’s bark and wood and black threadlike structures growing on its roots.

Lastly, honey-colored mushrooms (hence the name) may grow around the base of the Grevillea in the fall.

Sadly, there isn’t a definitive treatment for Armillaria root rot, and it can kill Grevillea within two years. You can, however, manage the disease by exposing the root collar to air during its growing season, and consistently remove infected Grevilleas.

Sooty mold is a common fungal infection that grows on Grevillea and other plants covered in honeydew, a sticky substance created by insects like aphids and mealybugs. Fortunately, sooty mold doesn’t kill Grevillea; it is more of an aesthetic problem growing on parts of the Grevillea plant with honeydew deposits.

Remove sooty mold by gently rubbing or washing the Grevillea’s leaves with water and control the spread of sooty mold by controlling pests that create honeydew.

Scale insects are pests protected with a waxy shell that feeds on Grevillea’s foliage and causes considerable damage, including the leaves to yellow and stems dying back; unhealthy plants may even die.

Scale varies in size, shape, and color, but you’ll most often notice them as white or brown, tiny, round lumps covering Grevillea’s leaves and stems.

To remove scale from Grevillea, wipe off the plant using an insecticide soap or neem oil. If the infestation is severe, consider using a chemical poison to rid of the scale. 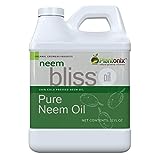 7. Over-Fertilization Can Cause Problems For Grevillea

Like many other species of the Protea family, Grevillea has a unique root system with tight groupings of tiny roots enabling the plant to absorb nutrients speedily. So, in cultivation, fertilization adversely affects the Grevillea, especially fertilizer high in phosphorus.

Excess phosphorous can lead to poisoning in a Grevillea, causing it to die. Therefore, consider fertilizing Grevillea with low-phosphorus and slow-release fertilizers.

8. Caterpillars Can Cause Problems For Grevillea

The Grevillea leaf miner and larvae of various moths, butterflies, flies, and beetles can be pretty voracious, affecting and stripping the growth of Grevillea.

The Looper caterpillar is especially prone to feed on Grevillea, rapidly defoliating the Grevillea foliage. They also create webbing and frass, problematic to Grevillea.

Consider using ladybirds, assassin bugs, or damsel bugs to eat larvae. Creating a habitat welcoming to birds that prey on these damaging insects can also reduce the problem.

Even though Grevilleas are generally hardy, they occasionally experience various problems.

The more common problems among Grevilleas include fungal infections, including Cercospora, Phyllosticta, Cinnamon fungus, Honey fungus, and Sooty mold. Other conditions are scale, over-fertilizing, and caterpillars.

Ensure that the Grevillea has well-draining soil conditions to prevent soggy soil and fungal infections. In addition, avoid over-fertilizing the Grevillea with phosphorous.

With the right conditions, you’ll have a beautiful accent year-round.