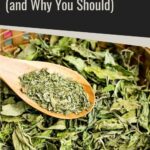 What if there was a way that you could grow your own sweetener that could be used as a sugar substitute in many ways without the negative impacts of sugar. I think that would be some important information to have. Guess What? You Can! The plant is called Stevia.

Stevia is a genus of the sunflower family which is made up of over 200 species, native from western North America to South America. This plant is recognized for sweet compounds that are extracted from its leaves and used as a sugar substitute.

The sweetest variety most commonly used as a sugar substitute is Stevia rebaudiana which is also known as candyleaf, sweetleaf, or sugarleaf. The chemical compounds in the leaves of the stevia plant can be up to 300 times sweeter than sugar.

Stevia is a tender perennial in areas with its ideal growing conditions but must be grown as an annual in most places as the plant cannot survive a frost. It can be overwintered in temperature-controlled greenhouses in many climates.

What Are The Benefits Of Using Stevia Over Sugar?

Stevia is a superior and preferred sweetener over sugar for many reasons, here are a few.

Are There Any Negative Health Concerns With Using Stevia?

In 1991 the FDA denied the approval of stevia as a sweetener. In 2008, after further research, a purification process was approved by the FDA.

The USDA has issued organic certifications to companies growing stevia for the extract to be used in food. Stevia leaf and crude extracts do not have FDA approval for use in food probably due to the lack of research.

The European Union approved Stevia additives in 2011, while in Japan, stevia has been widely used as a sweetener for decades. In South America, the leaves of stevia have been used for more than 1500 years as a sweetener.

To put it simply, Stevia extract processed in the FDA-approved manner is considered safe but using stevia leaves as a natural sweetener is lacking testing which would deem it safe.

Even though using stevia leaf as a sweetener isn’t approved by the FDA for commercial use, you may grow it and use it for personal use. Despite the lack of official research, the leaf has been used for hundreds of years in this way and claimed by many to be a safe alternative to sugar.

Where Can Stevia Be Grown?

Stevia can be grown directly in the ground but also does well in a container. Stevia is a tender perennial that needs plenty of warm sunlight and will die back in a frost. In zones 9 and up it’s possible the roots can survive winter and the plant can return in the Spring.

Dig a hole for each plant large enough to accommodate the root ball. Space the plants about 18 inches apart.
Carefully remove the plant from the pot and loosen the root ball with your hands to encourage good root development.

Planting Stevia In A Container

Stevia is a plant that does very well in a pot. It’s best to pick a container at least 12 inches in diameter and plant a couple of plants in the pot with plenty of room to grow. Plant it in the same way you would in the garden.

Stevia seeds are notoriously for having bad germination rates and slow germination. The seeds need ideal growing conditions to do well. That being said it doesn’t take too many plants to have enough stevia for your needs, so a few seeds making it to maturity is probably all you will need.

Plant seeds about 1/4 inch deep 8 to 10 weeks before the last average frost date. Sow 3 times the amount of seeds you would need if they all germinated because they probably won’t. The seeds should begin to sprout in 14 to 21 days.

Like most plants, the stevia plant doesn’t like soggy soil but does respond well to proper watering. When the top inch of soil is completely dry then deep water the plant. The best way to gauge this is literally just by sticking your finger an inch into the soil to feel the moisture.

The stevia plant is not a heavy feeder so it usually doesn’t need any amendments to the soil if your soil is healthy. If you have poor soil then adding compost could benefit the stevia plant.

As mentioned several times, the stevia plant cannot survive a frost or freeze. If you are expecting an early or late frost you might be able to cover your plant with a cold frame or possibly even some row cover. If a hard freeze is coming you will need to move your plant indoors if you want it to survive.

When harvesting the leaves of the stevia plant you take what you need when you need it or bulk harvest from the plant. If you want the plant to continue providing for you then be careful not to over harvest and harm the plant. The stems are very delicate on the stevia plant so when harvesting a few leaves here and there then be careful not to break the stems.

How To Use Stevia

The simplest way to use stevia as a sweetener is to just pick a leaf and drop it in a drink you want to sweeten. Common drinks that people would sweeten with fresh stevia leaves would be tea, lemonade, and smoothies. You can also just munch on a fresh stevia leaf as a sweet snack.

This is a common way to use stevia. Dry the leaves and crumble them up into sauces, use them like you would dry tea leaves in beverages, use them in baked goods. There are many recipes out there that could use dried stevia as the sweetener rather than sugar.

Using homemade stevia extract is another option to make use of this great plant. The extract can be used in many of the same ways of fresh or dried leaves but also goes well in salad dressings and soups to add a little sweetness to your dish.

How You Can’t Use Stevia As A Sugar Substite

Preserving Stevia For Later Use

Stevia leaves are delicate and because of that, they are very easy to dehydrate. You can spread the leaves out on a screen and place them in the sun on a lightly breezy day and they should be completely dry. You can also place them in a dehydrator at 100° for a couple of hours to do the trick.

Dried stevia leaves are very shelf-stable. Store them for up to a year in a low humidity area in a sealed container or bag. 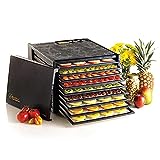 I usually just use fresh and dried leaves and making stevia extract is slightly more involved so I will refer you to a great site I trust by Jill Winger and her post on How To Make Stevia Extract.

Store stevia extract in bottles in the fridge for up to 3 months.

Where To Get Stevia Plants and Seeds

I hope what you get from this article is that stevia is worth growing and using on your permaculture homestead. It’s always great if we can be self-sufficient and sustainable in anything, having a natural sweetener that you can grow and store and is healthier than sugar sounds like a win to me.

Get The Latest Updates, News, and Special Offers from Redemption Permaculture!

As An Added Gift For Subscribing Receive A Free PDF Download Of My Book: From Home To Small Town Homestead – Over 180 pages

Welcome To Redemption Permaculture At The Small Town Homestead. My Name Is Harold And I'm A Homesteading and Permaculture Enthusiast. If You're Looking For Me, You'll Find Me In The Garden. Read More

•Subscribe To My Newsletter To Get The Free PDF

•Get The Paperback At Amazon

Featured Product Of The Week 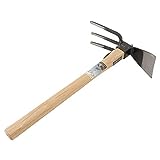