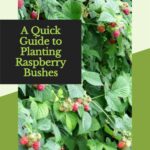 Raspberry bushes are best planted in the spring in a place where they will get plenty of sunshine. They need nutrient rich soil and plenty of hydration during the summer months.

Raspberries are a delicious fruit, and fortunately they are one of the easiest types of fruit that you can plant in your own backyard.

The best time to plant raspberry bushes is in the late spring. However, you can still plant them at nearly any time of near when the ground is not frozen solid.

Raspberry bushes need to have rich soil that has been well drained. You want to have a roughly even mix of soil and compost. You should also make sure that you go ahead and till the soil very well before you start planting your raspberry bushes.

These soil conditions will create the best environment for your raspberry bushes to grow and prosper.

Raspberry bushes need to be able to grow in full direct sunshine. They need to get at least six to eight hours of sunshine every day in well drained soil. Make sure that you carefully do your research to know if raspberry bushes are plants that can grow in your region.

Raspberries are a plant that is self-fertile. This means that you do not need to plant any other varieties of raspberry plant in order for the bushes to keep pollinating each other.

The best location to grow raspberry bushes in is in a straight line at the edge of your property. This is because they need strong support and plenty of space.

You should make sure you leave at least three or four feet of space between each raspberry bush that you plant. Most raspberry bushes are actually sold as plants with bareroots.

To plant these, the first thing that you need to do is to soak the plants in lukewarm water for an hour or so. After this, you should go and dig a hole that is twice as wide and roughly as deep as the length of the raspberry bush roots.

You should try to create an even blend of the soil that you removed from the hole and compost-enriched ground soil with nutrients. This will add nutrients to the soil to help your raspberry bushes thrive and survive.

Giving your raspberry bushes strong and sturdy support will help them to grow properly.

The simplest way that you can do this is to create a post and wire system. You can construct t-posts out of a couple of crossbars. One of these should be vertical and the other one should be horizontally in the middle.

You should go ahead and place these t-posts every five feet or so along the length of the raspberry bushes that you are planning to grow. You can create a lattice system for your bushes by running wires between the crossbars.

By doing this, you are able to keep your raspberry bushes off of the ground and contained from each other.

It is absolutely critical that you keep your raspberry bushes well hydrated during the summer months. You should check the plants frequently and make sure you add more water to them whenever the top inch of soil starts to feel dry.

Harvesting Fruit from Your Raspberry Bushes

This is the easy part. Once your raspberry bushes have started to fruit, you can just pick the fruit off of the branches. You should wait until they are ripe and then pick them off one at a time. You will need to harvest them every day once the fruit starts getting ripe.

You can keep them in your fruit for a few days after you pick them.

Raspberry bushes are a delicious fruit bearing plant that you can grow in your own backyard. They need nutrient rich soil and plenty of sunshine. They also need lots of room to grow and frequent hydration.

Letter To The Editor

In lieu of a comments section on my articles, I accept and encourage letters to the editor. If you would like to write a letter to the editor you can do that through email. Please note that though I read every email, I am simply not able to respond to all of them. I check these emails every few days.

Welcome To Redemption Permaculture At The Small Town Homestead. My Name Is Harold And I'm A Homesteading and Permaculture Enthusiast. If You're Looking For Me, You'll Find Me In The Garden. Read More 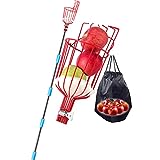