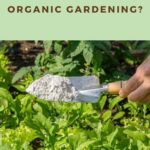 Organic gardening has long been seen as a safe way of producing uncontaminated healthy food. With growing concern over a variety of pesticides containing harmful chemicals, a lot of people are turning toward organic pest control options like Diatomaceous Earth. But how safe is Diatomaceous Earth when it comes to gardening?

Diatomaceous Earth is an organic pesticide that has proven to be effective in controlling pests. It’s made up of single-celled algae remains called Diatoms that have focalized. The pesticides can also be used on all plants without causing any damage. However, this pesticide doesn’t discriminate against any particular insects.

That’s not all, as you still need to know whether Diatomaceous Earth has any effects on plants, why it’s a preferred pesticide for many, and the drawbacks of using it, which you will learn if you read on.

Is Diatomaceous Earth Safe for Plants?

Before choosing any pesticide, it’s critical to know if it’s going to damage your plants in addition to killing the bugs. While pesticide manufacturers consider safety measures when making their products, there are those pesticides that contain chemical substances that remain on the plants weeks after spraying.

Diatomaceous Earth is purely organic and doesn’t cause any harm to plants. It also doesn’t stick on the plants for long as it easily washes away when it rains.

Here are the reasons why Diatomaceous Earth is safe for plants:

Why is Diatomaceous Earth so Effective as a Pesticide?

Diatomaceous Earth is a very effective pesticide since it works on all insects and can remain potent for several days, as long as natural elements such as water and wind don’t interfere. It’s also very easy to apply and safe to handle, provided you follow the safety guidelines, such as wearing a face mask and goggles.

People who have used this pesticide have recorded a significant improvement in their gardens after several applications. Apart from being harmless to the plants, the pesticide is also very effective in controlling all kinds of crawling pests.

Here are some reasons why Diatomaceous Earth is an Effective Pesticide:

Besides being an organic pesticide, Diatomaceous Earth doesn’t discriminate and would kill any insect that comes in contact with it. This means you don’t need different pesticides to deal with different insects in your garden, as one will do the trick. Due to its excellent work in dealing with all types of insects in the garden, some people also use it as a household insect control.

Although it might appear as a powder, the particles take on a glass-like shape with sharp edges when you look at them under a microscope. It’s these sharp edges that make the powdery pesticide deadly to insects, as they can cut through their delicate skin. Insects such as caterpillars that cause devastating damage to plants often find it hard to go past Diatomaceous Earth.

In addition to cutting and piercing their skin, Diatomaceous Earth also attaches itself to the insects where they absorb any moisture or wax. If the insect happens to tumble on a lot of Diatomaceous Earth, it will lose moisture and will eventually die of dehydration. Snails and slugs are the primary victims of this pesticide. 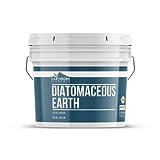 What Are the Drawbacks of Using Diatomaceous Earth?

Diatomaceous Earth might be an effective pesticide, but it also has some drawbacks that might limit its effectiveness. First, it doesn’t deter insects when it’s mixed with water. Secondly, it doesn’t last long, even though no pesticide does. Third, it wipes out all insects.

It’s unfair to single out Diatomaceous Earth by highlighting its weaknesses, but these drawbacks are not as severe as you would find with other pesticides. Other significant drawbacks to highlight include:

Irritation on Eyes and Respiratory System

Once inhaled, the particles can cause nose and throat irritation. If inhaled in large quantities, it can also lead to shortness of breath and coughing. If the particles come in contact with the bare skin, you could start to experience irritation. The same effect can be experienced with your eyes. Always wear protective goggles and a face mask when spraying. Safety is important.

It Can Be Blown Away by Wind

Since the pesticide exists in powdery form and is more active as such, it is easy for it to be blown away by the wind, especially during summer. If you live in a windy area, this could be problematic as the particles can fill the air, making it uncomfortable to breathe. A wasted Diatomaceous Earth also means wasted money. It’s best if you have a wind barrier around your garden to prevent such losses.

It Kills Beneficial Insects Such as Pollinators

The circle of life in a garden depends on pollinators, which unfortunately are insects. Diatomaceous Earth is notorious for killing any insect that comes in contact with it . This might be bad news if you have plants that rely on pollinators.

Although some people mix it in with water and spray on the plants, the pesticide is not active until it dries up. This means you cannot spray the liquid mixture on insects and expect them to die. It also means the pesticide won’t work when it rains or after you’ve watered the plants.

Diatomaceous Earth is a non-toxic and organic pesticide that is very effective in controlling and killing pests. It’s harmless to all mammals when ingested in small amounts. It works by sticking on the insects and absorbing all of their moisture, exposing the delicate insects to the sun. Although it might appear as powder, the particles are glass-like with sharp edges. Diatomaceous Earth doesn’t work well when mixed with water and can easily be blown away by the wind. It can cause skin, respiratory system, and eye irritation.