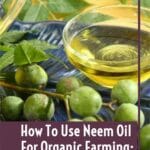 I’m sure you’ve probably heard of neem tree oil and its excellent uses in the garden. It’s famous for eliminating powdery mildew. But neem oil has so many more benefits. And we all know how difficult it can be to find an excellent organic fertilizer that causes no harm when sprayed on both the plants and soil. Neem oil is a fantastic choice of organic fertilizer.

What Is Neem Oil?

This is a natural by-product of the neem tree. The oil is derived from the leaves and seeds. For centuries now, it has been used as a natural pesticide. Over time, it was discovered that it could be used as an ingredient in the manufacture of several products, including dog shampoo, soap, cosmetics and toothpaste.

The neem tree, known scientifically as the Azadirachta indica, is indigenous in the Asian continent, specifically the Indian subcontinent. Over the years, the oil has been produced commercially for its uses in medicine and gardening. Also known as the Indian Lilac, the Indians believed it had divine properties.

Another Indian myth is that the oil was believed to be an elixir of life. From the positive beliefs centering on health and prosperity, the oil, later on, did grow to be quite popular for its medicinal properties. The tree’s branches were used as shade during the sunny season. The tree naturally repelled insects and bugs for those who sat under the tree. Its remedial was used to boost immunity and strengthen those who used the oil.

Over the years, the neem tree became popular for its resistance to heat and its long lifespan of about 200 years. It was also used to protect crops and grains and acted as a natural pesticide and fertilizer. Throughout history, the tree’s leaves were infused in teas and soups to be used as medicine. Other parts of the tree, the bark, fruits, flowers and roots, were crushed and applied on the skin to relieve any skin ailments or used in beauty for its oils. Whatever was left was later used on the plants or soil to boost grain harvest.

Neem Oil As An Organic Fertilizer

Inorganic fertilizers were created and manufactured to make it easy for farmers when applying fertilizers. Initially, their main goal was to provide the plant with nutrients while still making the application process simple. Most of these synthetic fertilizers meet such requirements. However, the side effects of using them outweigh the advantages.

Additionally, it was getting toxic for the plants and soil when too much of these chemicals were used. Alternative options had to be found. Despite the negative notion that using these organic fertilizers was time-consuming and labor-intensive, their application was found to be healthy for the soil and plants.

Over time, industrialization has propelled the wheels of invention to create and manufacture organic fertilizers to simplify the application process. Another advantage is that the pests have never built resistance against most organic fertilizers, and neem oil is no different. The more you use it, the less harmful bugs and insects will likely attack your garden.

What Is Neem Oil Made Out Of?

From the seeds and leaves of the tree, the neem oil is extracted. After the extraction, the by-product is known as neem cake which is perfect for the soil. Furthermore, the cakes are added to livestock feed to act as antibiotics. The neem treats parasitic infections and fungal diseases in animals.

As long as it is used in measured amounts, the oil extract is relatively harmless. Overusing it has dire consequences to anyone applying it in the garden. It is believed that too much exposure to the neem oil pesticide might lead to infertility or miscarriages. The theory is still very much under research.

Reasons Why You Should Use It

Neem oil, when used correctly, can be quite beneficial.

When Is The Perfect Time To Use It?

The best time to spray the neem oil is very early in the morning or late in the evening when there is barely any activity of any pests or insects. This gives it adequate time to settle on the plants and act appropriately, killing any pests right before the sun shines. Because the oil affects insects in all stages of growth, the insecticide can be used whenever throughout the year.

It’s important to remember not to spray during the day when the sun and heat are at their peak. Spraying under the exposure to harsh sunlight and heat can cause the burning of the foliage sprayed upon. Its main property, azadirachtin, is the key component that interferes with insects’ growth cycle, egg-laying, molting, feeding and mating, rendering them useless to plants.

Insects that the oil affects include scale, Japanese beetles, moth larvae, whitefly, aphids, spider mites, leafhoppers, tent caterpillars, mites, leaf rollers and other caterpillar eggs. Among the fungal diseases it gets rid of, including the famous powdery mildew, are leaf spot, rust, scab, anthracnose, blight and botrytis and black spot.

How To Use Neem Oil

You may choose to spray it, use it as a drench or use the cake. You may also choose to purchase the manufactures neem extract that is usually safe to use. They are convenient because they are ready-to-use, especially when you don’t have the time to mix the ingredients and create a perfect mix. The only disadvantage of buying neem extract from the store is that it has a lower concentration of azadirachtin compared to the percentage found in the oil extracted naturally.

A less percentage of this compound may not fully solve your pest problem. If you have a dire situation in your garden, you want to make sure you have oil that will begin solving your problem almost immediately. Another con is that the manufactured neem oil may contain additional chemical compounds that may be unnecessary and harmful to your plants. 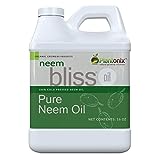 This leaves us with the other alternative approach; creating your own spray mix. The advantage of making your own solution is that you can select ingredients how you see fit. The concentration of the mixture entirely depends on how thick or light you prefer it to be. There are many recipes online which allow you to experiment and see what works best on your plants.

Just like the store-bought oil extract, the homemade remedy also has its own disadvantages. Different plants react to different concentrations of the neem extract. Use wisely and in measured amounts to avoid scalding the foliage exposed to the mixture. Some of these homemade recipes require you to add soap into the mixture.

It’s important to note that not all plants which react well to soap. These reactions could be severe. Therefore, spray just a bit to test and see how your plants react to the mixture. Tweak the ingredients or concentration every now and then to find the correct balance for your garden. With that said, let’s find out how to create your own solution.

Mix the detergent into the water: We all know the laws of chemistry. Oil and water do not readily mix unless an emulsifying agent is added to the water to help break down the oil molecules, which will later combine with the water molecules. Adding mild detergent into the water will ensure the water and oil mix. The temperature of the water does not really matter. In any case, diluted liquid soap acts as a garden pesticide. It kills pests such as aphids and other ‘soft’ bugs when sprayed directly on these pests.

Once the detergent has mixed well with the water, you may now add the oil. Mix thoroughly to ensure that the mixture is mixed correctly.

Spray the mixture. Directly apply the mixture on the potentially affected areas of your plants in plenty until it drips off the plants. Wear your gloves to protect you from any spills.

Reapply regularly. If you’re applying as a preventive measure, spray once a fortnight. However, if you are spraying to deal with a pest or fungal infection, once a week should suffice and adequately address the issue.

What Are The Beneficial Uses Of Neem Oil?

It isn’t surprising that gardeners would choose to use this as an organic method to get rid of pests and diseases in the garden. The fertilizer is quite systematic in that it only gets rid of all other harmful pests and leaves useful organisms to thrive.

The by-product of neem oil extraction, neem cake, is excellent in adding nutrients. It not only prevents root rot but also works on getting rid of the infection.

Neem oil extract is not just a pesticide; it also deals with bacteria which make the plant leaves appear as though they had just been burned. In such cases, it’s best to use the extract as a preventive measure before the infection spreads further.

This is widely known to cure powdery mildew. However, several more fungal infections affect plants. Spraying it on plants will effectively deal with the issue.

Earlier, we mentioned the different types of pests that neem oil extract gets rid of. We also saw that the oil can be used as a preventive measure. Regular spraying of the oil extract will prevent attacks from these pests and diseases from inhibiting your plant’s health.

Neem cakes are an excellent treatment for fungal and pests infections in animals, particularly cows. Mixing the by-product with their feed will ensure that pests such as ticks and fungal infections are done with permanently.

Neem oil is so beneficial to your garden in so many ways, and what’s more, there are no limitations as to how many times you can use it on your plants. As long as it’s a considerable amount and your plants respond positively to the solution, you are free to use it as you see fit. Whether it’s the harvest season or the planting season, the neem oil extract will not let you down!

Mix the detergent into the water: Oil and water do not readily mix unless an emulsifying agent is added to the water to help break down the oil molecules, which will later combine with the water molecules. Adding mild detergent into the water will ensure the water and oil mix. The temperature of the water does not really matter. Diluted liquid soap also acts as a garden pesticide. It kills pests such as aphids and other ‘soft’ bugs when sprayed directly on these pests.

Once the detergent has mixed well with the water, you may now add the oil. Mix thoroughly to ensure that the mixture is mixed correctly.

Spray the mixture. Directly apply the mixture on the potentially affected areas of your plants in plenty until it drips off the plants. Wear your gloves to protect you from any spills.

Reapply regularly. If you’re applying as a preventive measure, spray once every 2 weeks, if you are spraying to deal with a pest or fungal infection, once a week should adequately address the issue.