Pollarding and Coppicing techniques are very similar but achieve slightly different goals. Each involves a method of pruning which ultimately results in more growth over time and shapes the tree in the desired way.

Coppicing is a very traditional method used to manage woodland areas. It is done by trimming the tree or shrub down to a small ‘stool’ (a term used to describe a ‘living stump’ or rather, a tree that has been cut down but has not been killed). This stool will typically sit very low to the ground, often less than 8 inches in height before the growth of new shoots.

Pollarding, on the other hand, is a technique that focuses on the upper branches of a tree. The branches are cut at the head of the tree, in an attempt to encourage a thicker, denser head of foliage. It has been around since medieval times, where it began as a way of producing materials and feed. But this has since evolved as a way of managing tree heights to keep them safe or prevent them from interfering with electrical wires.

While you may not have realized just what pollarding and coppicing actually entail, it is a method of woodland maintenance that is popular across the world. You’ve more than likely seen trees that have been pruned this way while driving through cities or other urban areas!

What Does Coppicing and Pollarding Achieve?

These methods work primarily on trees and shrubs which often have dormant buds in their bark. When the branches are then cut or pruned, these buds are essentially prioritized by the tree and pushed out to the surface in order to continue growing. If you were to prune a tree without these ‘dormant buds’, then it would simply die without its leaves. This is why it is important to know your trees are 100% suitable.

While it may seem counterproductive to chop down your trees in order to help them grow, it has proven surprisingly effective over the centuries. With wood produced through pollarding and coppicing going on to be used in shipbuilding, fence post usage, and sustainable fuel source through wood burning.

By incorporating these methods into your garden, you can encourage your trees to grow faster simply by utilizing their natural ‘instinct’. No chemicals or fertilizers are needed, making it an incredibly sustainable method for creating dense greenery, without compromising on the safety of overhead wires or nearby properties.

When it comes to taking care of trees, shrubs, and other forms of greenery, there can be many different approaches to care for them.

Pruning your trees in either manner will also be beneficial if you intend to grow other plants around the base. Both methods allow a larger amount of light and rainfall to reach the undergrowth, offering smaller plants an opportunity to really grow.

In fact, this surprising side effect eventually led to many people using the technique to diversify woodland areas. By pruning the bigger and more abundant trees, the smaller and less frequent plants are able to spread, such as wildflowers.

In turn, this can actually begin to encourage smaller mammals and insects to graze and live in the area, and gradually, this makes the space more inviting to larger animals too! Although this will be more common in rural areas, with larger woodland spaces (so don’t worry, your lawn is safe!)

Can Extend Life Of The Tree

Another reason for pollarding or coppicing your trees is that it may actually extend the life of the trees in question. By repeatedly cutting away growths, the tree will continue to produce new shoots to replace those which are now gone.

Can Reduce Damage To Trees

In the case of trees which have been pollarded, the method of pruning used also keeps these new branches and growths out of reach of wildlife, such as deer. Additionally, pollarded trees benefit from a reduced weight when compared to their un-pruned counterparts. Something which can be incredibly helpful if you live somewhere with strong winds!

It is important to understand that these woodland maintenance methods will only work on select species of greenery.

As was mentioned previously, only certain species of trees are actually safe to be pruned using either pollarding or coppicing. This is due to the tree’s ability to adapt to having an ‘open wound’. Some species of trees become more susceptible to bacteria and fungi which will infect the exposed inner tree and cause it to die off.

There are other species that are safe to prune in these ways, however, these are some of the most common options.

Both methods of maintenance are completed in a similar manner. Ideally, the pruning should be started while the tree is still young. Especially in the case of pollarding, where the process would typically be planned for and begin once the tree has reached the desired height, rather than in retrospect once the tree has grown large.

If you attempt to pollard a tree after it has reached maturity then unfortunately you may find it unsuccessful. Older and mature trees do not recover as well from the necessary cuts required for a successful prune. This is instead known as topping.

Similarly with coppicing, pruning mature trees will run the risk of the stump simply dying, whether from the ‘trauma’ or because of bacteria, pests, and pathogens finding their way inside of the tree through the ‘open wound’.

Once you have determined if your tree is suitable, it is then time to actually prune it. This should typically be cut in winter. This is for a few reasons;

For starters, trees are typically dormant during the colder months, meaning that growth has slowed down, leaves often wilt away, and overall there is less foliage to battle with while pruning.

The cooler temperatures of winter also allow you to make cleaner cuts and prevent the trees from ‘bleeding’ sap. All things which help produce a successful pollard/coppice. And as the seasons move into spring, the tree will begin to grow as fast as it can to accommodate for what it has lost. 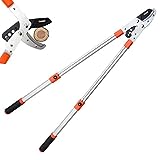 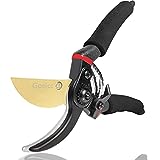 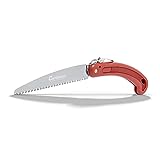 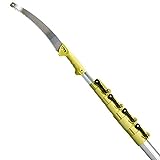 For larger branches or trees you may want to go with an electric or gas chainsaw or pole saw to make the job easier and quicker.

The Required Frequency Of Coppicing/Pollarding

Once you begin to pollard or coppice a tree it is typically suggested that you should keep up the same type of maintenance pretty regularly. Though this regularity varies greatly between the two pruning methods.

Pollarding: As this method is typically used on trees that have grown too large and unruly, it is often done annually, though anywhere between 2 and 5 years is also suitable as long as the tree does not pose a hazard to overhead wires or buildings/property!

Coppicing: Coppicing, on the other hand, requires a little less maintenance. With some pruning sessions ranging from 7, 10, or even 15 years apart! Depending on what your goal is, the amount of maintenance needed will vary.

For example; if you were coppicing just for decoration/garden landscaping purposes, then you will likely want regular prunes every 5 or so years.

However, if you want to use the off-cuts for the materials which they provide, you may want to leave the growth periods for a longer time. This length of time between pruning will affect things such as the length, amount, and strength of the cuttings produced.

Potential Downfalls Of Coppicing And Pollarding

While this may seem like an amazing solution with the ability to resolve your garden issues as well as benefiting the tree over time, it does have some pitfalls (as all great things do!)

One is the timing of when it is safe to coppice or pollard your trees. For example, if you make the cuts too early in the season while the ground is still incredibly wet from autumn, you may find your tree struggling to battle off rot, fungi, and other issues resulting from the high levels of water!

Another issue is that the stems which grow back, aren’t guaranteed to be lush and bountiful. If you live in a climate with any sort of extreme weather conditions you may find your tree remains barren, with minimal healthy growths. This can be resolved in some instances by taking a more hands-on approach with your trees, ensuring they receive enough nutrition, etc. throughout the year, especially during the spring months.

You should also consider the suitability of your tree for the process too. As we spoke about earlier, mature trees can be killed off if the process is done incorrectly (or even at all) and that is assuming the tree is suitable for this type of maintenance in the first place.

This is why it is important to contact a specialist, as they will be able to advise on the safest, most efficient way to reach your desired outcome. Whether it is pollarding, coppicing, or something else entirely!

When it comes to maintaining young trees and promoting new growth in a way that benefits all involved, from the birds making their nests, to the homeowner who no longer has to worry about property damage. Pollarding and coppicing are great ways to nourish nature while allowing society to function alongside in harmony.

There is a reason why these methods have stood the test of time, and while the reasons for doing so may have evolved with the rest of the world, it’s not all that surprising to see them still used regularly even now.